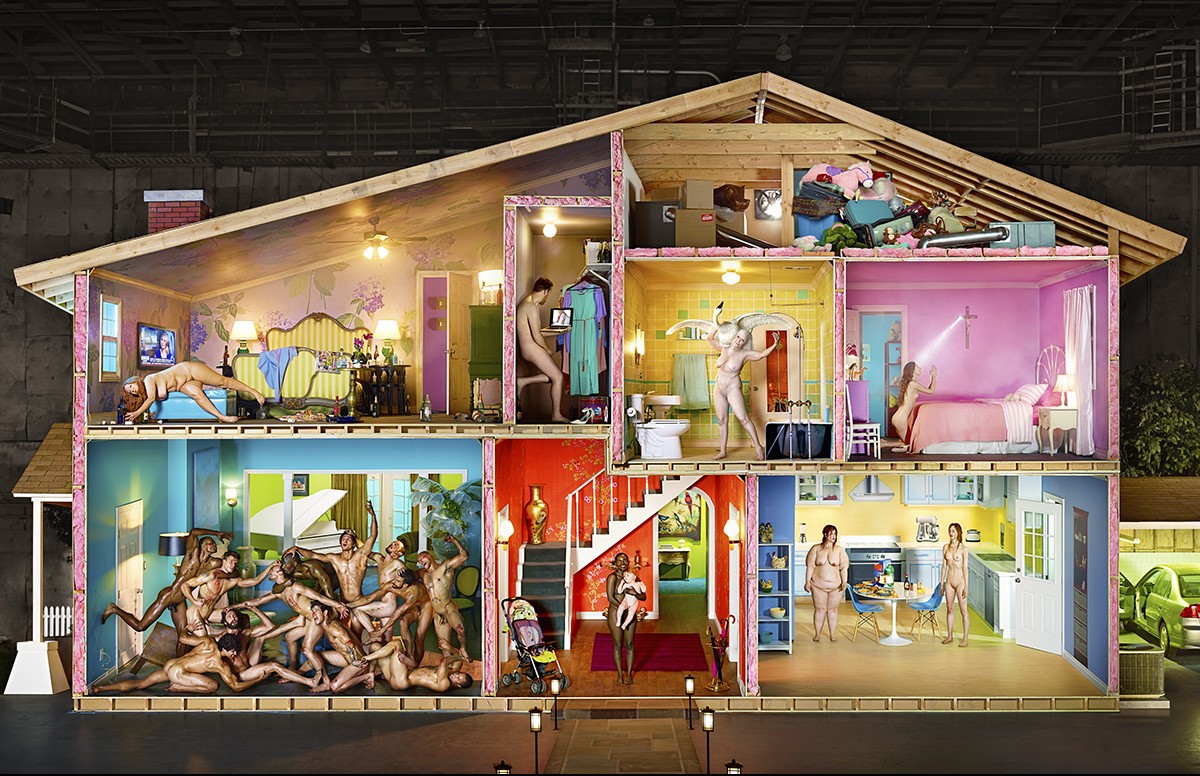 And After The Deluge… David LaChapelle! The solo show in Rome.

Love him or hate him no point in denying it, David LaChapelle solo show at Palazzo delle Esposizioni in Rome whets the voyeuristic appetite even in the impeccable spirit.

And it is quite hard taking the eyes off from some of his pictures. Especially because to understand the meaning and rebuild the story they tell, it is necessary to look through all the details. This is particularly true in the first monumental photo of the itinerary, The Deluge, from which the exhibition takes its title. It is a 2006 doomsayer composing, where men and women, naked and iconic, drown together with some myths of our time such as Starbuck and the Cesar Palace façade in Las Vegas. For this work, LaChapelle was inspired by The Sistine Chapel in Rome, that not by chance was chosen to organise the largest retrospective ever set up dedicated to the artist. More than one hundred artworks of the last ten years with some works from the prior series present the career of an artist always been at the core of the attention within international art critics. 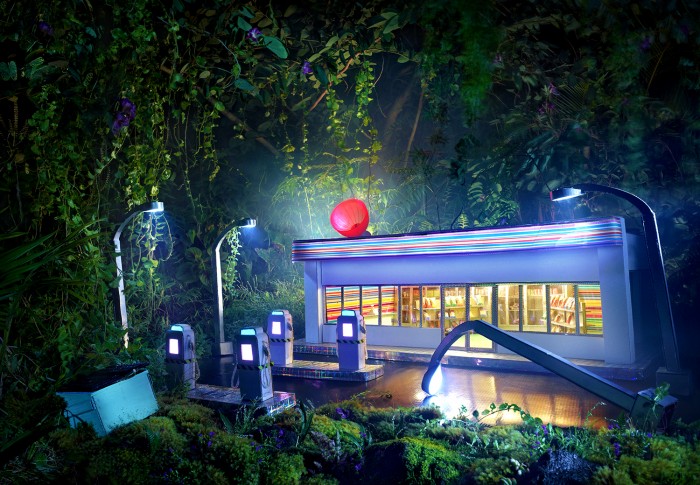 We do not know whether the Roman staying was or not, but the 2006 represented a caesura in the artist formal path. In fact, from then on he has never worked for glossy magazines or spoiled millionaire commissioners, but for exhibiting large format works in the museums. While in the past the human being was unavoidably the main subject of his work, now the protagonist is the environment we live and act in and the cause and effect relationships within it, taking also into consideration the social dimension as well. For example, in Rape of Africa (2009) or Gaia (2011), really different in subjects and framing, they both depict the human being as victim or murder of himself.

In some cases, despite perceiving human actions, the human being never appears like in Gas series (2012), where in an undefined future a rich vegetation submerges some petrol stations. However, the electric power keeps supplying the structure and the dazzling lights seem to insist on a persistent human action, also after his likely extinction.

Self Portrait as a House is another interesting work at the exhibit, where the self-portrait of the title is the Mr Hyde hidden inside each one of us, and house becomes the performance of the controversial nature of the human being, of his perversions and customs daily coexisting under separate sections, often in a conscious unconsciousness. An exhibition in the exhibition that, like many of LaChapelle works, generates repulsion but at the same time attracts magically.

We do not have to be misled by the coloristic exceedance or by the hyperbolic composition. Behind the surrealist aesthetic of LaChapelle lies the aim to express the postmodernism contradictions and to “depict the reality”, like the curator Gianni Mercurio said. With his futuristic ruins and dystopian futures, LaChapelle wants to tear down the Ritzer cathedrals of consumption, and Black Friday work at Mall of the Apocalypse of 2013 is the summary of all this. A certain didactic tendency maybe?  Who knows, however, as he claimed in an interview of 2007 to the Guardian, he intended to “to convey what was, in my mind, the paradox of consumption, that sort of decadence, selling the idea that happiness was going to come with the following purchase, the next hard-to-get handbag for some insane price. I was questioning about those values that are distracting us from what is going on.”

David LaChapelle. After the Deluge – From 30th Aprile to 13th September 2015