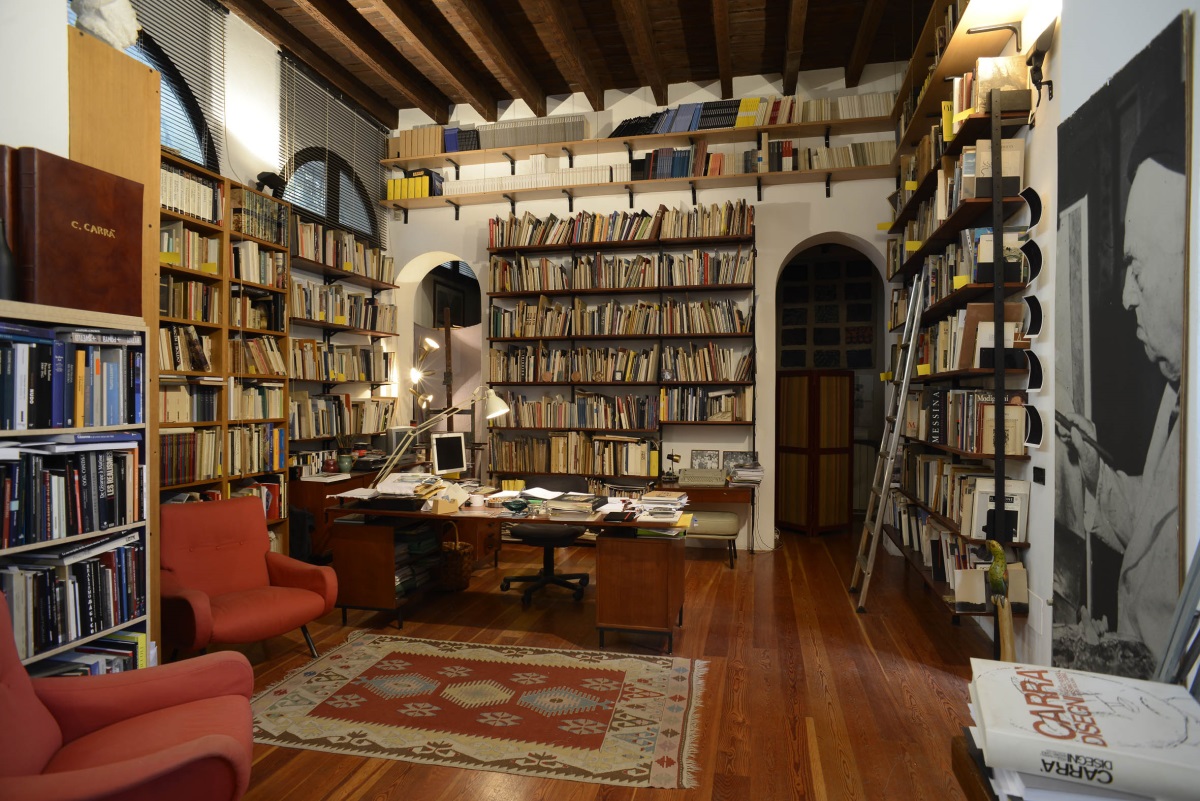 The Archive Carlo Carrà, protection and enhancement of an “authentic Italian painter”

“Art is a dialogue between a man and his soul” wrote Giuseppe Ungaretti in a letter dated 1920, one of the fifty-three that compose the correspondence between the Italian poet and Carlo Carrà.

Painter and art critic for the newspaper “L’Ambrosiano”, Carlo Carrà was able not only to listen to his soul, but also to interpret his own time: through his works, in time, it is possible to see his long path in becoming a “true Italian painter”, as the weel-known art critic Roberto Longhi stated.
The fortune of Carra’s paintings was never subjected to inflections since the artist was loved by critics, audiences and collectors alike, in fact his artworks have recently reached a new record at a Christie’s auction: the metaphysical painting entitled Loneliness (1917), estimated from 2.5 to 3.5 million pounds has been sold for 3.1 million pounds (3.7 million euro).
In Milan, his grandson Luca Carrà , is now the keeper of his Archive, that was started in the late ‘50s and early ‘60s. The need to rearrange the master’s work is explained by his grandson himself: “The principal activity of the Archive is to help curators find works for major exhibitions , to help students in their research and to protect the collectors from unwary purchases”.
The Archive is located in Via Casale, n.7 (Milan) and contains photographic reproductions and relevant technical information of all the works catalogued: in addition there is a register constantly kept up to date that include all the locations where the artworks are preserved. The library, which houses exhibition catalogues and monographs dating from the early ‘900, as well as the Art Library of the artist, are available for consulting, by appointment. 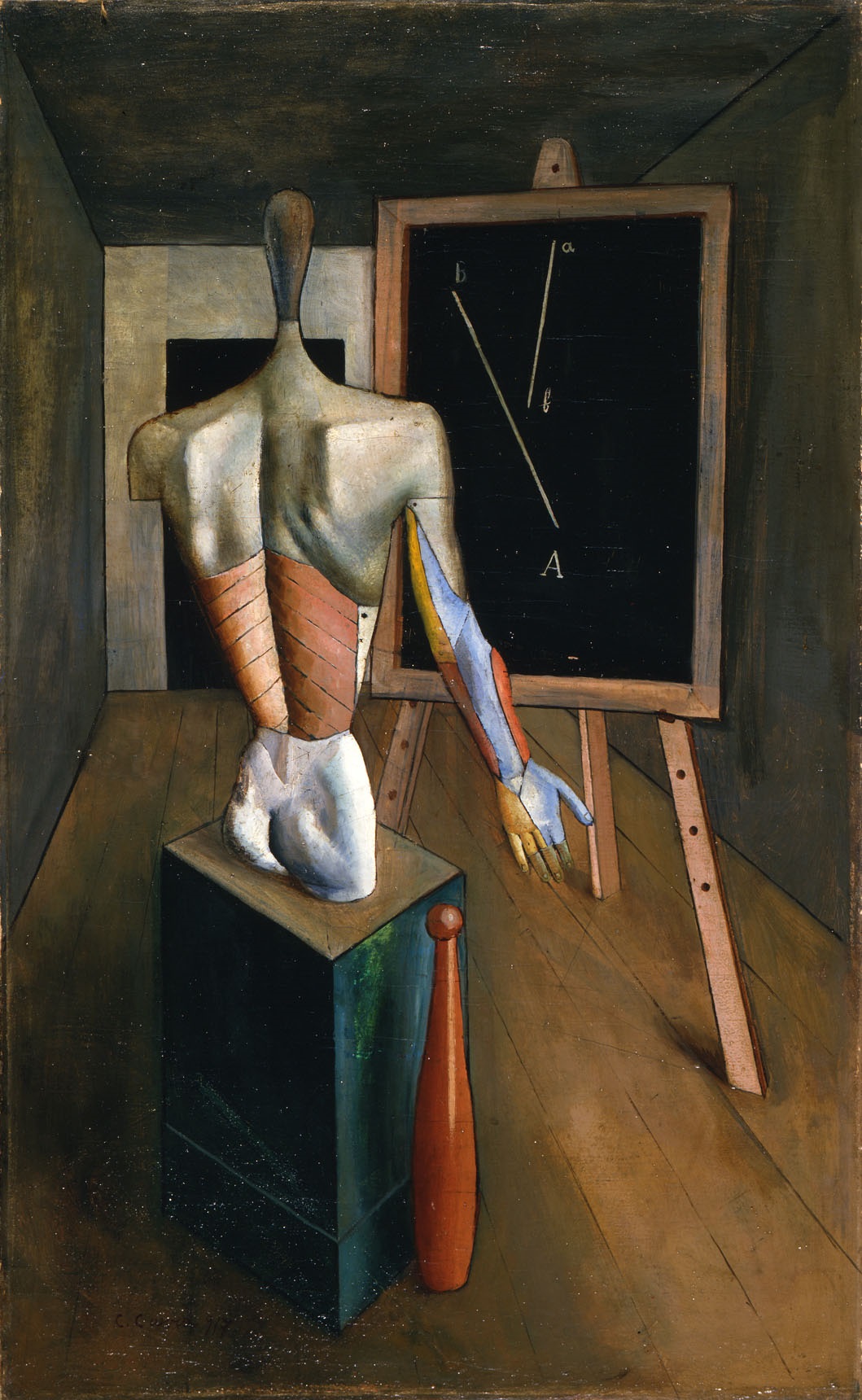 The correspondence between Carlo Carrà and various personalities from the world of art and culture of his time is kept at MART in Rovereto, where it is easily accessible thanks to the work of cataloguing, digitalization and online consultation offered by the institution.
“Other users of the Archive are collectors, galleries and auction houses who turn to us for checking the artworks but not only them: even the Carabinieri (Italian police) responsible for the Protection of Artistic Heritage often turn to us; in fact we support them for the research of stolen artworks”.
The Archive plays a fundamental activity not only to stem the trade of counterfeiters, whose different schools are now easily recognizable for the brush strokes, but also for discovering the fakes of certificates of authenticity. This is the reason why it is always advisable to contact the Archive by telephone in order to check about all the requirement conformities.
In order to face up so much falsified expertise, the Archive is engaged in the study, analysis and research on every single artwork, activity funded through a symbolic fee that covers the costs of self-management. In terms of certificate of authenticity Luca Carrà has a clear vision: “ I do not agree with archives or foundations that require a different reimbursement if the artwork is true or false, and still less with those who demand more money for archiving or, even worse, in proportion to the market value of artwork (in some cases depending on its dating and the relative economic value)”.
According to Luca Carrà the seriousness and ability to remain extraneous to the market and their related problems are the guiding principles that should be shared by all art archives. Luca Carrà looks forward to the initiatives that try to promote direct comparisons between the various national art archives in order to study joint strategies for the protection and enhancement of the artists, as well as to guarantee to collectors. “It seems an excellent initiative that ultimately has been organized at Open Care of Milan. In addition the networking of some information can be useful for marking archives and foundations that deal with lesser-known authors”.

Confirming the hope that a fruitful cooperation between the institutions that are sponsoring these initiatives can be renewed as an important value for the entire cultural system, Luca Carrà strongly supports the sharing of archiving documents but warns about the problem of privacy, for not giving rise to easier adulteration of artworks and to protect the collectors who submit works to be examined.
The Archive Carlo Carrà, through a commitment of high scientific value renewed its willingness to place itself at the service of society and to contribute the enhancing of the artistic heritage transmitted by the Italian master.