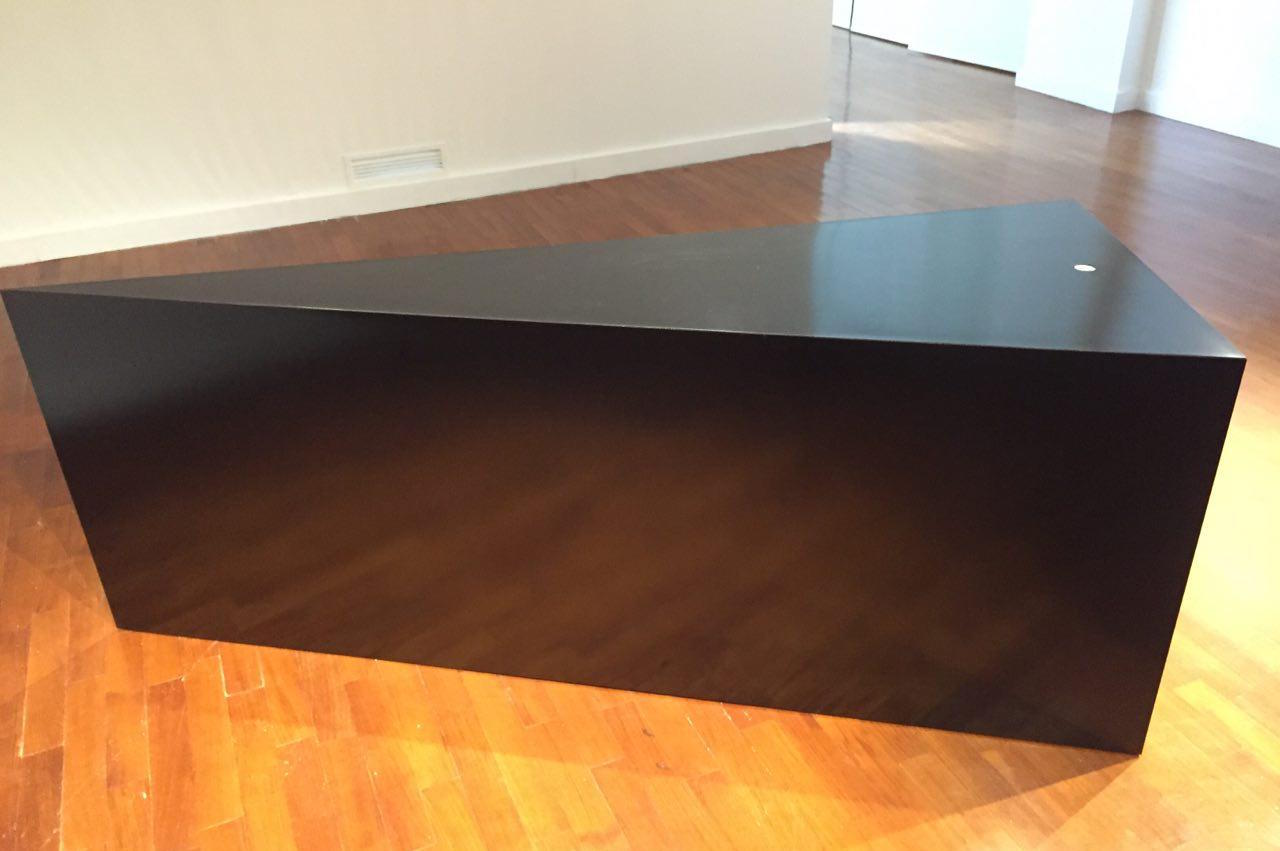 The exhibition curated by Gregorio Mazzonis and Maria Teresa Roberto traces the stages of Giovanni Anselmo debut among the Arte Povera artists.

Archivi is a project  started with the new direction of the GAM – Galleria Civica d’Arte Moderna e Contemporanea in Turin, assigned to Carolyn Christov-Bakargiev. It was entrusted to the curatorial department of GAM in the person of Gregorio Mazzonis which describes Archivi as a new series of events that enhance the impulse to archiving of materials and original documents, which has become more poignant in the digital dematerialization era. The idea is to exhibit alongside an artwork a series of original archival documents and photographs as well as exhibition catalogs and magazines of the period to rebuild, through an archival method, the history of these artworks, contextualizing and giving account of the historical reasons for their Birth.

The exhibition projects will be assigned from time to time to various curators with the aim to bring on the scene artworks or events rarely visible to the general public but always contextualized and enhanced by the presence of archival and documentary material that strengthen vivifying the viewing of the work.
Archivi, the name is already symptomatic of its mission, is definitely one of the museum section where you can fully appreciate a work enjoying the presence of rare collections of images and documents that allow the viewer to admire and understand the meaning of the artwork contextualizing it in the social and artistic context in which was made. As the curator of the GAM, Gregorio Mazzonis  declares Archivi aims to create the exhibition events, not necessarily focused on a period of history, to be held from time to time in different exhibition spaces in the museum depending on the type and size of the project, and that reflect a different curatorial and methodological approach that takes into account the right context in which the works are born and thus the relationship between the different disciplines and fields of human experience.
The first artist to be presented within this space is Giovanni Anselmo (Borgofranco d’Ivrea, 1934) with one of his works of debut Direzione (1967) presented on 11 April 1968 at his first solo exhibition at the Galleria Sperone in Via Cesare Battisti 15, Turin. The gallery since its inception (1964) dictated the fate of Turin for the presentation of American artists of the Pop art, never before shown in Italy, as a forerunner of trends and especially as the crucible for emerging young artists who would have given off shortly thereafter the Arte Povera movement.
Gian Enzo Sperone became the reference gallery owner for these emerging artists who exhibited by him their first works devoting them to the international market. It is also the case of Anselmo who begins with a collective exhibition at Sperone, then becoming one of the protagonists of Con-temp-l’azione (1967) curated by Daniela Palazzoli to arrive finally to the solo exhibition in whose catalogue Germano Celant described the production of Anselmo as a metaphor for an “energy pantheism”.

The current exhibition of Giovanni Anselmo thus traces the artist’s career through the written testimonies of those who were witnesses of his energetic art and, in particular, of Direzione that in addition to being presented for the first time from Sperone, it will also be on display between the works installed in the Deposito d’Arte Presente. The public space in Via San Fermo 3 in Turin, funded by the collector Marcello Levi and Gian Enzo Sperone for the promotion of European and American artists, was a place dedicated to art in the broad sense since in addition to exhibitions and conferences there were held debates and theatrical actions as Orgia of Pier Paolo Pasolini. These steps were important for both the city of Turin, which saw the emergence of a new movement among its streets and also for the artist and his work, the exhibition shows off through archival footage of some exclusive shots taken by Paolo Bressano in June 1968. Other unpublished material, in addition to the artwork itself which belongs to the private collection Tucci Russo, are the original color pics accompanying the critical text “Nuovo alfabeto per corpo e material” by Tommaso Trini published in January 1969 between the pages of Domus.
Archivi is a demonstration of how the archiving is a useful and indispensable tool for the creation and structuring with a scientific degree of an optimal exhibition capable to demonstrate through original documents, the formulation and implementation of an artistic journey that involves directly the artist and his work but indirectly the collective memory of the art world that cannot be deprived from the archiving heritage because otherwise it would lose its current identity.