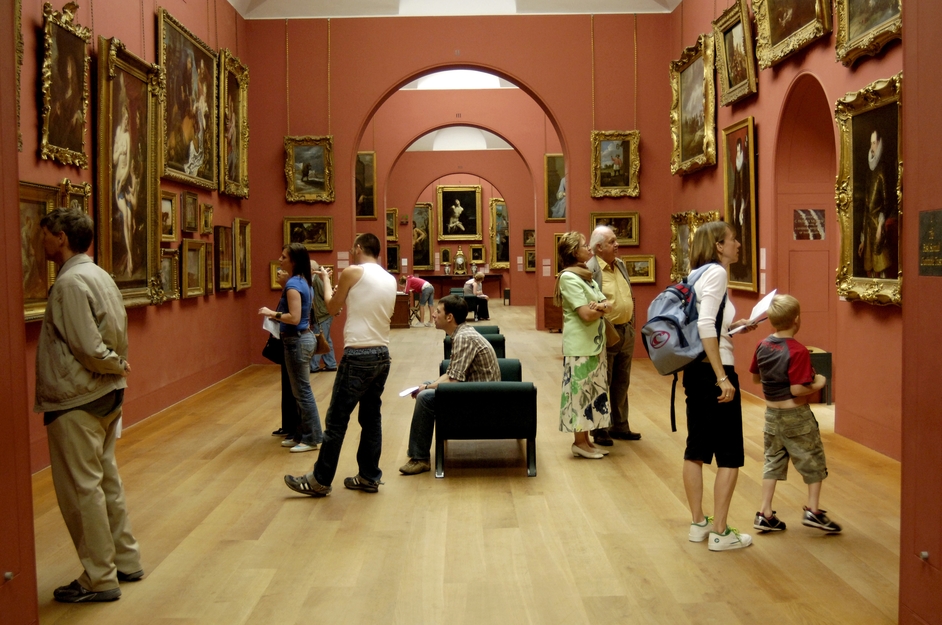 Behind the scenes of ‘Made in China: A Doug Fishbone Project’ exhibition.

An interview with Sorcha Ni Lideadha, assistant curator at the Dulwich Picture Gallery.

From 10 February, visitors to Dulwich Picture Gallery will be set the challenge to identify a Chinese replica hanging among the 270 Old Master paintings on display. ‘Made in China: A Doug Fishbone Project’ will explore the nature and importance of the original versus the copy and the role of art as commodity, a subject of increasing importance in our age of global mass production.Conceived by artist Doug Fishbone and curated by Dr Xavier Bray, Arturo and Holly Melosi Chief Curator at the Gallery, Dulwich will temporarily remove one of its paintings from the frame, replacing it with a replica commissioned by Fishbone and produced by one of China’s numerous exporters of handmade oil paintings.For three months (10 February – 26 April) the public will be invited to identify the replicated painting and have the opportunity to submit their answers via an iPad in the Gallery. Those with the correct answer will be entered into a competition to win a custom print from the Gallery’s collection, signed by Fishbone. The replica will be revealed on 28 April 2015 when it will hang side by side with the original. Visitors will be invited to return to compare and contrast.Francesca Marcaccio. How does the brushwork differ? How has the varnish aged on the original? How has the Chinese artist interpreted the style of painting of an Old Master?

Francesca Marcaccio. Can you please tell us how the idea of the exhibition originated?
Sorcha Ni Lideadha. The artist Doug Fishbone approached the chief curation Holly Melosi with this idea which initially was to replace the all gallery, taking down every painting and putting a replica.We were really intrigued by this idea because we are a collection of old Masters and I do think that in the past the tendency for the people was just to come here for the temporary exhibitions so people just passes by here without really looking. It’s not people’s fault,it’s not current,not recent, not new and so we thought that this project will explore that.Working with conceptual artist Doug Fishbone we are encouraging the public to take a closer look at our Permanent Collection. Taking paintings from the permanent collection and leaving the red walls as they are so it doesn’t involve the temporary exhibition. What we have done is taking a work that is normally on display so we have no indication on which one it is, so there is nothing different apparently. There are no big signs and we want this to be a point of debate and conversation. It’s not really in your face it is a little bit softer and we want to allow people to look at the paintings. While we wonder you can see there are IPads on the wall, which are not normally here in the gallery. In terms of interpretation this is all we have done. What people can do is choose which painting they think is replica through a digital display. This will challenge not only the general public who might not be used to it but also challenges the experts. 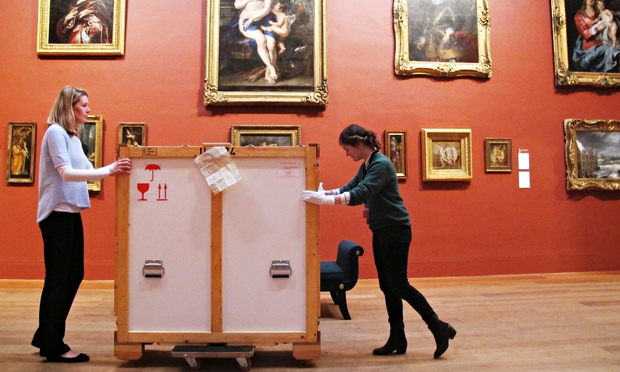 F.M. The idea of placing a Chinese replica in a Western museum then seemed like a loaded and exciting gesture. How do we see replicas in the West, and how does the institutional context in which a painting is exhibited affect how we react to it? How does the Chinese view of intellectual property differ?
S.N.L. You might just ask why did you just get a replica from somebody down the road who have paint paintings but we thought that actually but we thought that actually going to China provide another new ones to this discussion so the question we are trying to raise is What’s the point of having original artworks when you can just go to your computer google Guido an artist and you will get thousands of paintings. What are you missing in the process by not going to see the original? And further on If you can just go on the computer and the process is so simple that’s what it’s struggles as well it’s not like commissioning an artwork that we normally think of, it’s just you google it, that’s what we did, we did not pull a lot research into it. We did a lot of research into the phenomenon and the kind of culture’s connotations but the we can actual order of the replicas there were different options, we contacted a couple of studios in China and we decided for the studio that seemed to be the most appropriate, some specialized more in contemporary and modern art and they have some sort of museum standards and we thought maybe we should go for that one so it’s not too obvious as people walk around. There a couple of points which make China interesting; first of all the shier of scale of the industry over there and secondly what was interesting was this notion and phenomenon of replication of aspects of Western culture and not only it. You could go to visit Dalian in China where they recreated Venice right there. I guess it’s a desire of people to go and travelling to see these places but there are so far away. So over there it seems there is a very different approach to the notion of copy and there is a tradition of ink painting from centuries ago in copying being a form of mastery and buying a copy you get the closest possible process you can get to the original.
Dulwich Picture Gallery has paid $120 (£79) to a Chinese studio to produce a copy of an Old Master painting, challenging visitors to spot the fake among its permanent collection. The idea of ‘spotting the fake’ raises issues of how we view, appreciate and value art.

F.M. Hanging it at Dulwich gives our picture some provenance, does this context now change the value of the painting?
This all notion of copying being is somehow inferior to the original is a more Western modern notion?
S.N.L. We have so many paintings in our collection that are actually copy or version or workshops version that it doesn’t detract from the value or the cultural significance. What it intrigued to me in sending a digital image that somebody had to across the world is that they never have actually seen the painting from close, they will get a high resolution photograph but also they will see this image completely out of context and I think this is another element that is quite interesting here which again happens If you just google an imagery and stick into search engine you don’t get a sense of his historical context. It’s just a floating image in space detracted from its context which, in a way, is very postmodern idea. Does that change how somebody response to an artwork artistically? It’s a question worth asking. What I thought as well in terms of the role of the art museum in all of this project is a sort of alchemist so If by taking replicas into the gallery placing it in the place the originals, do we get this particular replica a new starter? So now would be the replica hanging in the Picture Gallery or does it become an artwork by Doug Fishbone? That becomes a piece of documentation of his artwork, his conceptual art? If Doug wishes to sell it would it be sold for more that 120$?