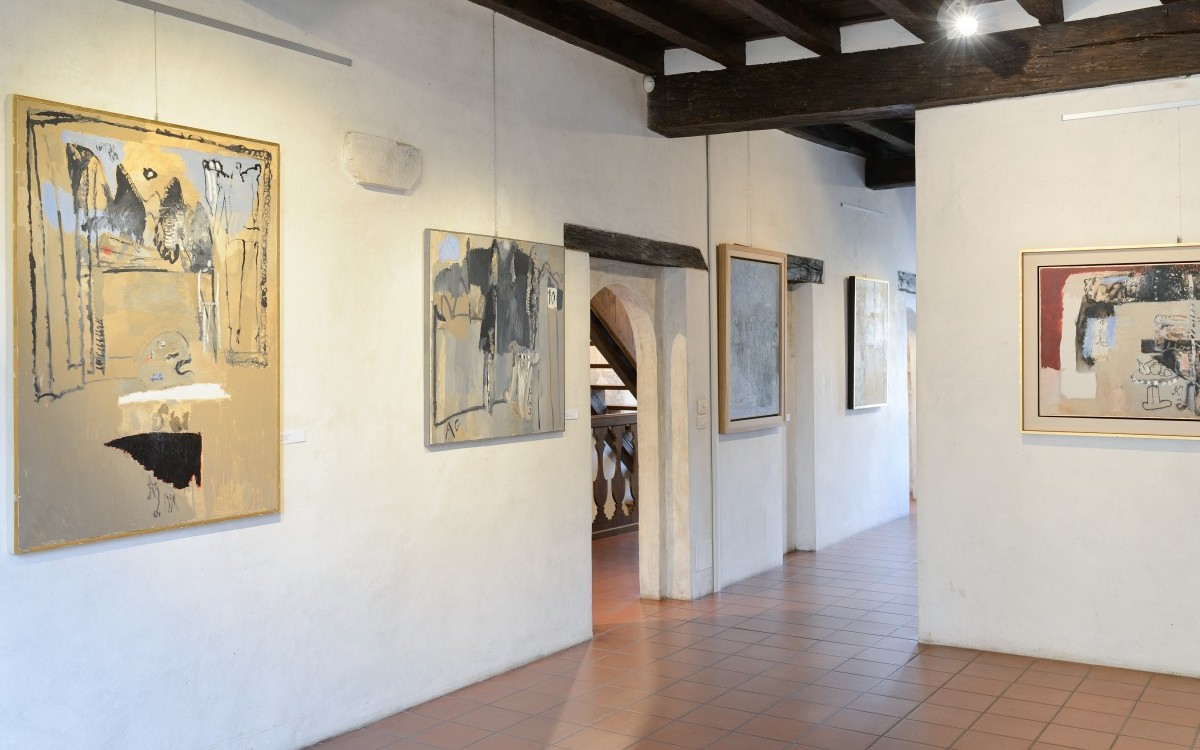 A significant part of Alberto Gianquinto’ s world exhibited at Casa Gaia Museum in Porto Buffolé, a little gem in the province of Treviso.

Alberto Gianquinto, a Venetian artist died in 2003, one of the greatest and most prolific of its territory, one of those managed to thoroughly summarize the most popular manners of the second half of the twentieth century by reinterpreting them following his own formal taste that ,nevertheless, still deserves proper and wider consideration. The show in Porto Buffolé curated by Giorgio Baldo succesfull attempt in this direction. Through the path, all themes, except the Passion, broached by the artist in his career in chronological order. With the helpful catalogue supplied, it is possible to get an overview of Gianquinto’s extended production.

Since his earliest youth, he met in his father studio the greatest contemporary artists such as Carrà, De Pisis, Guttuso, Arturo Martini. From the very beginning, he was enchanting by the expressive potential of painting. So he began to practice in order acquire the masters’ formal techniques.  He also studied Cezanne and Van Gogh, also attracted by the sophistication of Japonisme and to Naturalistic painting. These hints of inspiration are, for the young Alberto, the way to develop his own and unique language, which keeps distance from the trends but he will never step fully away from them. This is how Giuseppe Mazzariol spoke about the young Gianquinto’s job, in a catalogue issued in occasion of an exhibition at Bevilacqua la Masa in 1958: “Gianquinto’s painting goes beyond the limits of a well-read and up to date exercise and appears today as a dominant and defined culture fact of the latest and innovative Italian research. […] The poetic of this young painter avoids the dryness of the “isms”; it focuses on the development of an object image”. 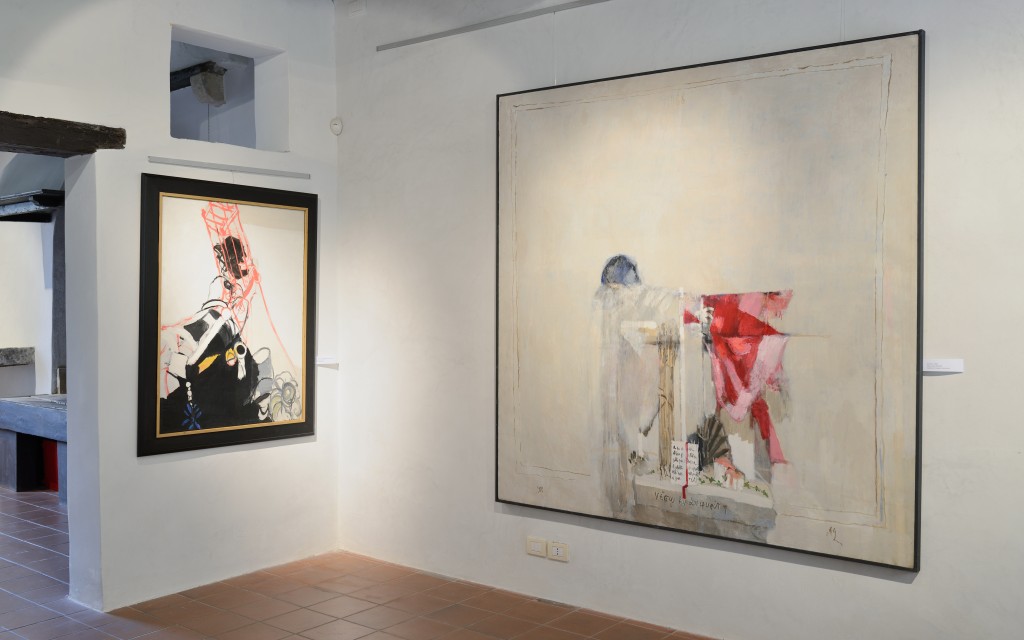 So artworks as The Apple Tree (1958) was born, immediately we see some of the subjects and characteristic he will propose again with much more awareness in the over the coming years: flowers, delimited spaces, black backgrounds. If we have a look at The Plum Tree Branch (1984) we can easily notice the same coloristic lyricism in a more expressive ripeness.

Despite the expressive uniqueness Gianquinto never give up an exchange views continuously with colleagues up to join from 1961 to 1964 to the roman movement Il Pro e il Contro, with Attardi, Vespignani, Farulli, Calabria e Guccione.

The attention to his surroundings brought him to adhere to Communist Party. He also proved to be sensitive to the social issues and to the problems of his days, it is just like his lyric and dainty work cannot and should not avoid telling the topical events. So we see two tributes to personalities that faced death differently but always tragically: the “Che” Guevara killed in Bolivia during the guerrilla is recalled in the namesake work Guevara; and Pio La Torre, and the heroic mafia enemy here in  Stele for Pio La Torre (1981). 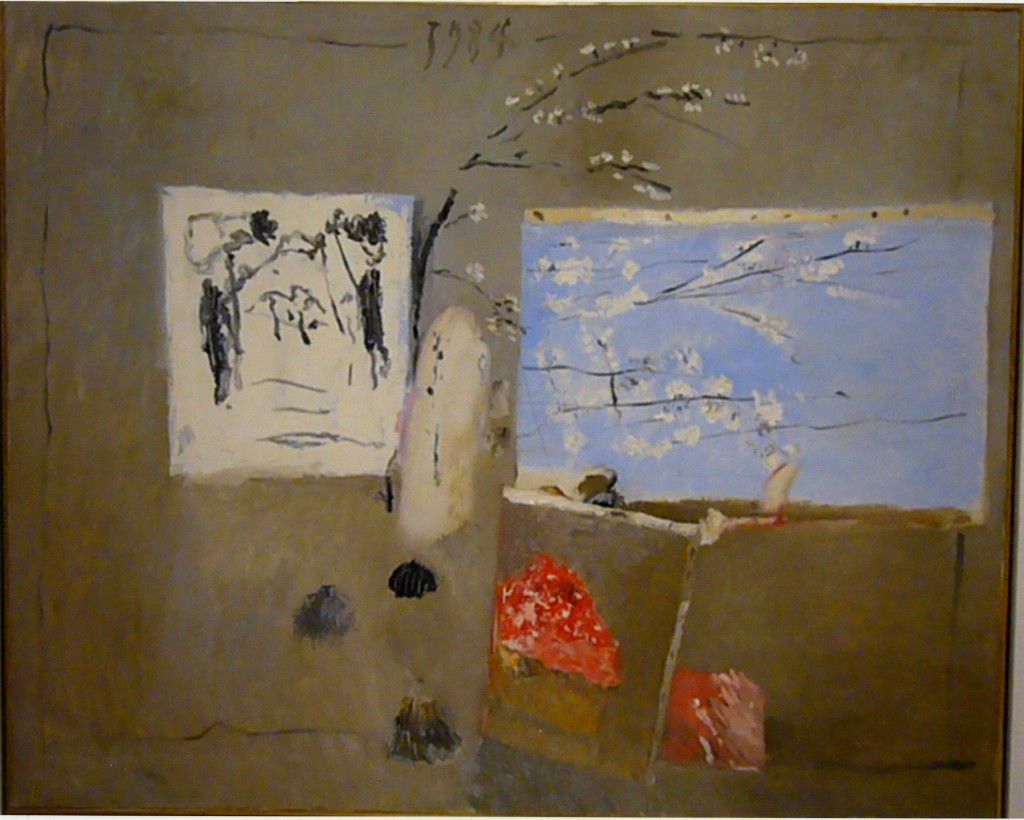 We also find many works dedicated to Jesolo and Asolo, Venetian villages where Gianquinto setted his own studio and placed many landscapes full of light and naturalistic subjects. Noteworthy are Jesolo (1975) and Pagnano’ Bridge (1977).

The last work exhibited 29 marzo 1929 (2003), Alberto Gianquinto’s date of birth, seems almost to be his spiritual testament. An iconographic summary of his career, where we can retrace the rational and irrational elements close to the artist’s heart, in a flawless formal balance.

From September the 12th to February the 7th