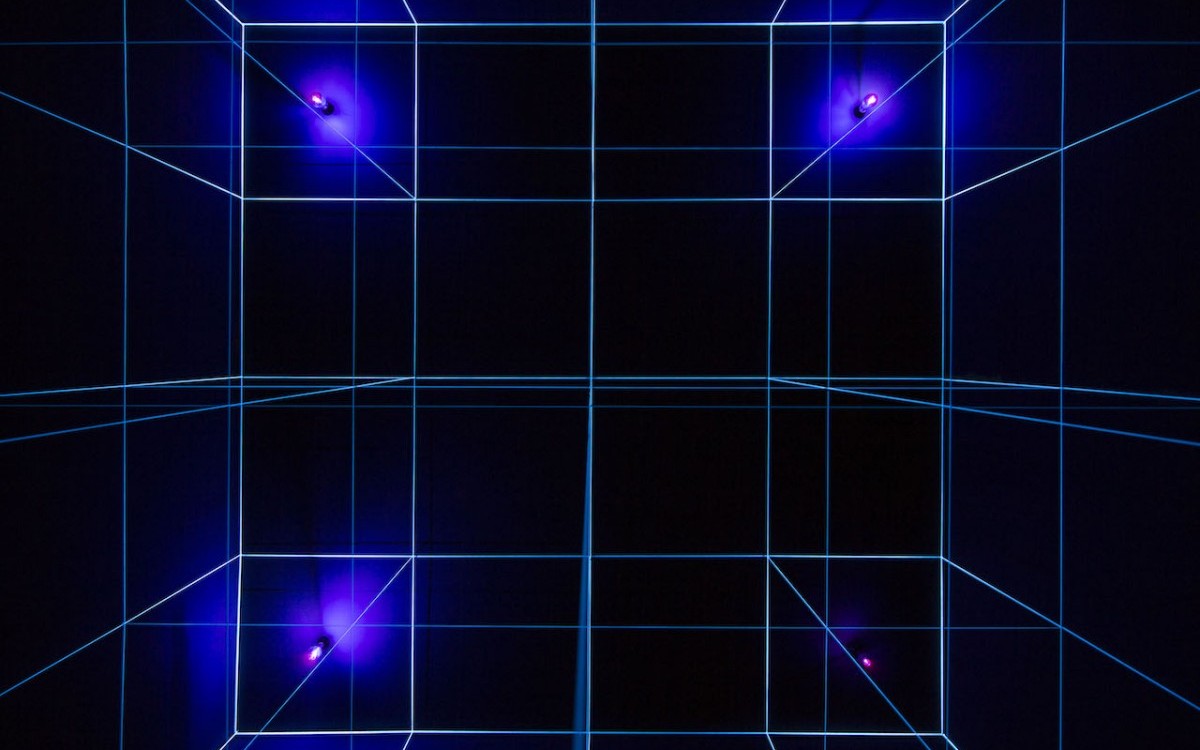 Discovering the Carriero Foundation in Milan. Interview with Francesco Stocchi

In the heart of Milan, in the gothic frame of Parravicini house, Carriero Foundation opens a new exhibition space with the show imaginarii, curated by Francesco Stocchi, with artworks of Gianni Colombo, Giorgio Griffa and Davide Baluba.

Exploring new horizons, not only presentation of a  private colletion, is the goal of the newborn Carriero Foundation, settled by the inspired intuition of Giorgio Carriero, businessman of petroleum sector and passionate of art. He would donate to the city a new centre of cultural divulgation, as happens in the best Milan tradition, where private patronage is strongly connected to social responsibility.

In imaginarii, shown until 20th February 2016, the artworks of Gianni Colombo, Giorgio Griffa and Davide Baluba explore how the imagination can drive to a new space. The dialogue with the location, the delicate and elegant collection in minimalist rooms which finishes by surprise with the reproduction of Gianni Colombo’s Elastic Space in the rich seventeenth-century room in the adjacent Visconti di Modrone Palace.

In the interview, the curator Francesco Stocchi explains the investigation on the spatial dimension and the experience, preferably direct, of the public.

Alessandra Ghinato: What is the title of the exhibition inspirited by?

Francesco Stocchi: The Latin title gives a stateless meaning to the show: it is referred neither to a language or a particular public.

The invited artists are a sort of representation of imagination: they have three different ways to intend the ambient and the spatial identity.

More than presenting the space, they can create a place, summarizing the immaginative tendency of art.

In relation to the public, the exhibition tries to highlight the importance of the direct experience, instead of the indirect. In fact there is a tendency of the artists to operate on the photogenic aspect of their artworks, because of the awareness that their artworks will be enjoyed more through a screen than in person.

For the public imaginarii wants to create an imaginary to live, not only to enjoy by a photography 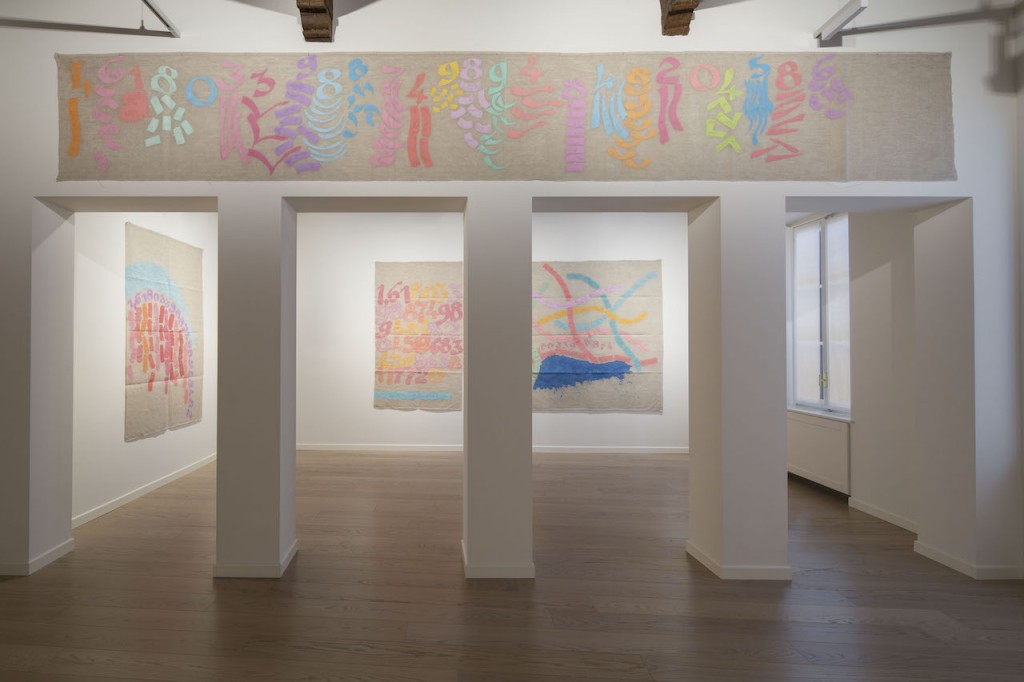 F.S: I consciously chose three different artists with the intent to unite not similar works, but similar directions differently developed: in fact you can live the same worries and plastically represent them in different way, in relation to the own experiences and interests.

I think that in an exhibition is important to let the difference in the same sensibility emerge, instead of the similarities. I chose three artists with different phases and tried to unify their paths.

A young artist, Davide Balula, is in the middle of his creativity blooming, in these years he is confirming his language.

Gianni Colombo is an historicized artist, very important for the actual artistic research. For this reason, in the phase of catalogue edition, I didn’t ask to a critic but to three artists, Cèline Condorelli, Gabriel Kuri and Luca Trevisani, to write about him, highlighting this heritage. He had a fulminating career, soon recognized and gone suddenly very young.

Giorgio Griffa’s iter is opposite: after a first recognition, he lived 30 – 35 years in the shadow, working as a lawyer. Discovered 4 – 5 years ago, now he is a young eighty-years-old man with the luck to express his art around the world, with the same enthusiasm of Balula.

The difference of stadiums shows how different lives and points of view can developed the same interests in a complementary way, generating interesting twists.

A.G: How do the artists talk with the space?

F.S: Balula reacts to the given conditions as a reply. He works on improvisation, in relation to where he is, not for geographic adherence but for the existential conditions of himself and the place.

Gianni Colombo works in the intersection between sculpture, architecture and design, he creates immaginative and sensorial ambient, where our perspectives are developed and sometimes called into question.

The research is very pertinent to the avant-gardes, to the period of Superstudio of 60s – 70s, it is an optic work on the sense of the space, that causes distress to our coordinates, to our intern memory.

While Colombo worked on the experiences, on the surprise and on the shock, Griffa’s work is very silent, delicate and related to the stratification of the time.

He is the unique of the painters I know that doesn’t framed his paintings. He bends the canvas and then he opens them for the exhibition, keeping the sediments of the time, the traces of the stasis. He hangs the paintings with the wires such as a skin of the wall in continuity with the space.

Differently from the other artists he use the applied colour, making a very Italian painting, tolemaic. It is a mystery picture, linked to a infinite gesture, the line. 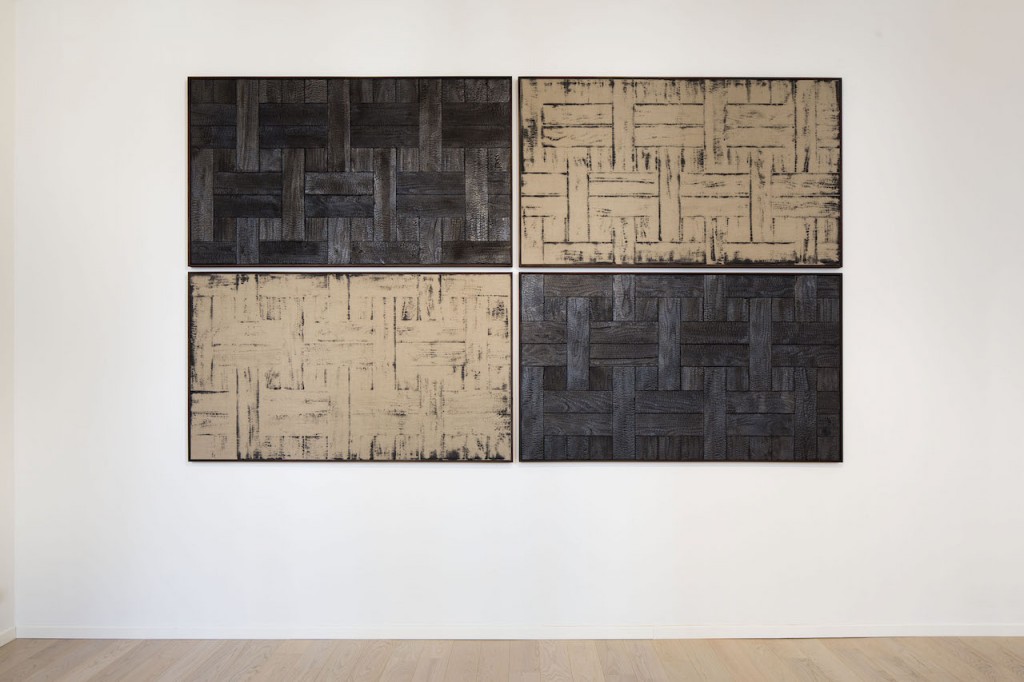 A.G: What are the site specific artworks?

F.S: The ephemeral event of the exhibition makes the artwork site specific, that is infinite by nature.

In this exhibition constituted by twenty artworks, two were born for this occasion: the first is the Griffa’s horizontal canvas of 6 metres, almost a frieze.

When I showed to Griffa the room that I had thought for his artworks, opening his eyes he replied that he needed to do something, he chose the space between the columns for his action.

The second artwork is made by Balula, in the ground floor, constituted by two rocks found in Milan with two ropes.

A.G: How did you represent the soul of the Foundation in the exhibition?

F.S: This is a part of what it was asked from me and is asked now for the next shows.

It was a virgin place that never hosted exhibitions and was reorganized for a cultural program, with the institution of a new Foundation without previous references.

The available space is very complex and so interesting: it interchanges its existence between private and public sphere. The private direction is expressed by the ancient palace, while the public one by the intervention of the architect Gae Aulenti that made it usable keeping a domestic aura.

The alternation and overlapping of historicization and ambient of a Milanese fifteenth-century palace and the mechanic intervention by the architect, both about materials and utilization, is the point from which I started to develop a show from its primordial and problematic essence, the space. 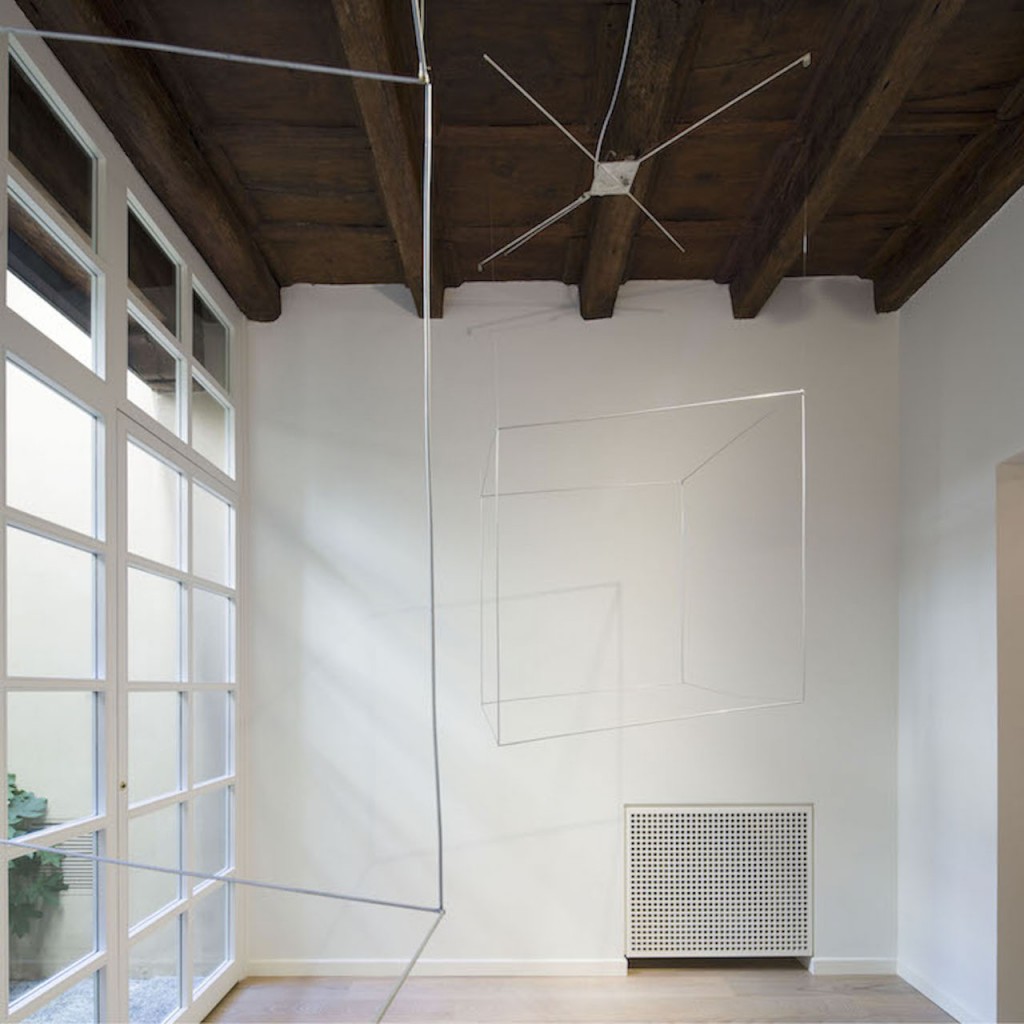 A.G: Can the debate of the ‘60s about the space be still considered actual?

F.S: We assist to a retake of this matter adapted to the digital space that doesn’t reply to the need of time.

Historically space and time can’t be separated, but now in the digital era they are.

The current research is in the worst cases a less interesting re-edition of the past, but sometimes it is a lecture of a digital space that doesn’t obey temporal coordinates.