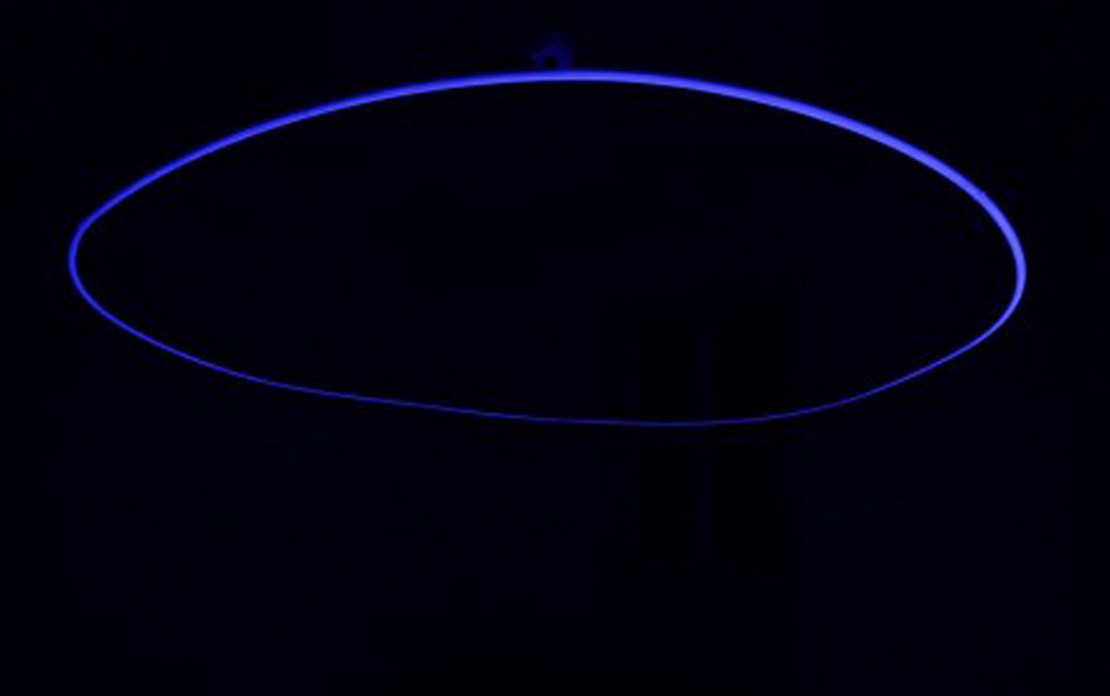 Gianni Colombo: the last environment exhibited at A Arte Invernizzi in Milan

A conical stalactite alignment turns around and diagonally modulates a space that is under control in each kinetic phase and, at the same time, is characterized by a strong and malleable freedom.

We are talking of The last environment (“Spazio diagoniometrico”) designed by Gianni Colombo, whose model reconstruction is on display at the A Arte Studio Invernizzi gallery in Milan, where the latest exhibition of the artist (1992) is presented with an enrichment of sources and archival materials.

The entire exhibit is set up as a theatre of action and unexpected reactions, starting with the staircase leading to the upper floor of the exhibition space: at first glance, it gives the impression of being quite normal except for steps with abnormal inclinations, altered slopes and stretched plans that casts doubt on the usual movement. We are dealing with a variant of Bariestesia, a behavioural device, conceived by Colombo in 1975, declaring the relationship with Duchamp’s works, confirmed by the original design of the work (on display), in which the artist lays a photocopy of Nu descendant un escalier over a drawing of the stairs. 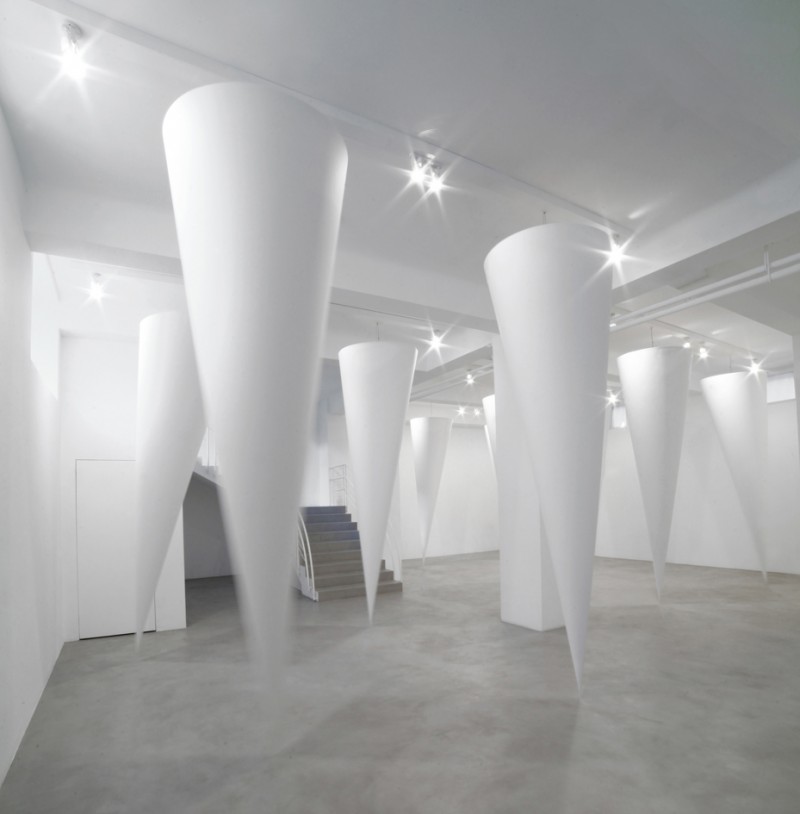 The viewer has the impression of being a subject seeing an exhibit and, at the same time, being a part of the exhibit too, activating thus relations not only with the artwork (and its author) but also with the audience in the role of voyeur, that in its turn, records the experience of others and simultaneously becomes protagonist and witness of different reactions. Works on display reveal a “kinetic-programmatic” appearance as well as a vital and organic subsense. If researches for altered perspectives and the inclination to attribute to the inanimate objects biomorphic features is the main objective of  “Spazio diagoniometrico”, on the other hand, “Strutturazione pulsante”, whose grid of parallelepipeds produces a pulsating movement, and “Spazio curvo”, characterized by a sinuous flexibility, stimulate the interest of the artist in searching for neutral forms, elaborated in an architectural sense with a full plasticity, both aiming to establish technical and organic principles of reality. It is surprising how each new encounter with Gianni Colombo and his work, if you overcome concepts of programmatic and kinetic art, is always an “open work”.