Jack Lang and the Arabic culture, between cuts and prejudice

Jack Lang, born in 1939, ex French Minister of Culture and top of the range of the Mitterand’s socialist government, enter the auditorium. He is athletic, smiling and backcombed.

We are in the Maison du Maroc Foundation, in the Cité Universitaire of Paris, where Lang has been invited for the conference “The Culture: the incentive to live together.”
For the French Capital these are rich months of events on the Arabic culture: the Louvre houses the exhibition on medieval Morocco, the Institut du Monde Arabe holds a Moroccan contemporary art exhibition and the Maison du Maroc promotes this meeting.
Jack Lang is a highlander of his country politics. One French out of three still believes that he is a Minister. The announcer of France2, Abderrahim Hafidi, introduces him to the public with a long praise in great pomp, describing him as the Prospère Merimée and the Abbé Gregoire of 1968’s France. After that we pass to the hot topics: the European perception of the Arabic world in this delicate period, art in time of crisis, integration, and politics. 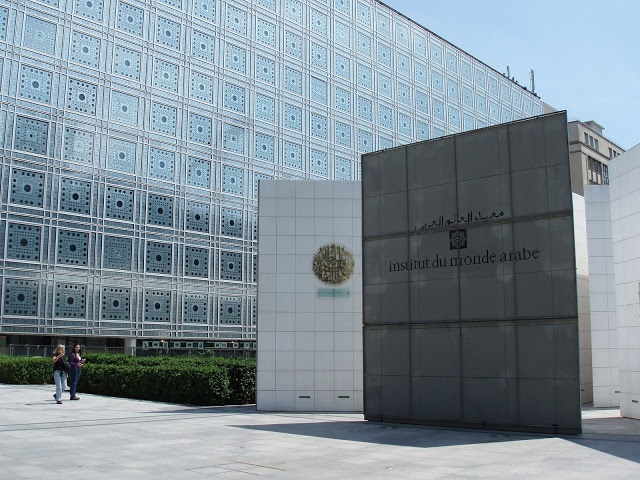 «In the eighties I used the expression Exception Culturelle. Today it is linguistically blood-curdling, but its meaning is always effective. Culture is an exception, and as such it needs a special protection. We must take care of art, of theater, of cinema. In these fields we must not even consider the law of the immediate profit.
Today the crisis brings the world of the art to its knees. What the politics does not understand anymore, is that a cultural investment is an economic investment that aims to the growth. With Mitterand we reconstructed or rehabilitated an important number of institutions. I need only to mention the restructuring of more than one hundred museums, the invention of the Fête de la Musique or the opening of the Institut du Monde Arabe on Jean Nouvel’s project. Moreover we cannot forget the Grand Louvre project that achieves its benefits in collaboration with the Arabic Emirates and the New Museum in Abu Dhabi.
Today we have to be easy on criticism but on budgetary matter and cuts I do not even feel like making any controversy. Je ne comprends pas, simplement je ne comprends pas! The reduction of culture credits does not make sense. I do not agree, I am unarmed. »
Since 2013 Lang is the President of the Institut du Monde Arabe. In 1989 he welcomed the Palestinian leader Arafat, ignored in an embarrassing way by the greatest part of the European authorities.
Culture is an incentive for development and it has a role of resistance. Monsieur le Ministre, as everybody calls him, insisted particularly on this key point: «It is an evidence. Look at the case of Morocco! Rabat and Casablanca will open two new immense national theaters, and we cannot forget the continuous blooming of young artists. Morocco is a great basin of cultural exchange. It is the only country that escaped the Ottoman domination, and it is an exceptional center of cultural syncretism. Our media offers us a caricatured and distorted image. We have a vision of the Arabic world that is deformed by fear.» 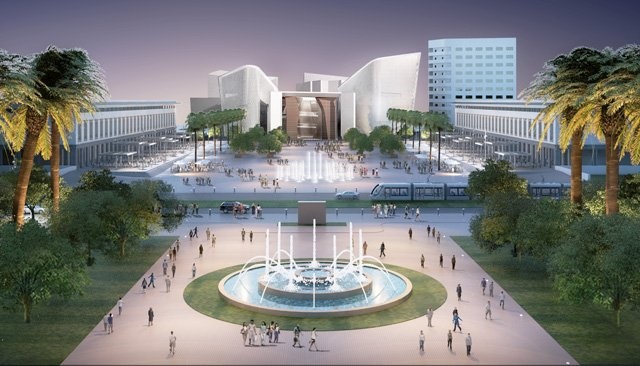 During his ten years in office, Lang fought for integration, with a particular attention on the scholastic system. He is the creator of the discussed ELCO project, about the teaching of the language and the culture of origin in the first two cycles of compulsory education.
After several years on the job, the resounding success of the Front National of Marine Her Pen is an open wound. «The vote to FN is a proof of the failure of the traditional parties. People see in it a sort of force or vigor: a kind of hope. Indeed it is a racist and populist movement. The Front National is the sad and miserable reflex of a politics that is not able to renovate itself.»
Lang’s Institut du Monde Arabe wants to create an alternative to this panorama composed by «sidewalk demagogues that ignore that the Arabic world in France exists since the times of Francis I and Suleiman the Magnificent.»
«What we want is to create a bridge among cultures: we would like to be the reflex of the past, the present and the future of the Arabic culture in France. In the next months a great number of meetings, forums and shows will take place, with the possibility to enroll in the program that the Institut has been promoting for a long time. There will be an exhibition on Silk Road, one on Isis and Osiris, up to Street Art. Debates and concerts will follow. We successfully create a gangway between the city and our initiatives, thanks to the collaboration with great institutions as the Louvre or the Théâtre de la Ville de Paris.»
At this point, the presenter Abderrahim Hafidi, leaves the microphone to his assistants, for the classical moment of the questions from the public.
Like a real gentleman, Jack Lang, succeeds in escaping some out of place questions, posed by a pair of agitated ladies, that question him on the scandals tied up to the prohibition of the integral veil in France. After that, more seriously, he took the situation in hand and concluded the talk thanking the organization, in a serene climate. The room slowly emptied.
In the hall of the Maison du Maroc, some sparkling and perfumed teapots attend the public accompanied by a rich buffet. Jack Lang dedicates a moment to everybody, chatting calmly, speaking politely to students, with a genuine elegance that – perhaps – the Italian political class has lost.