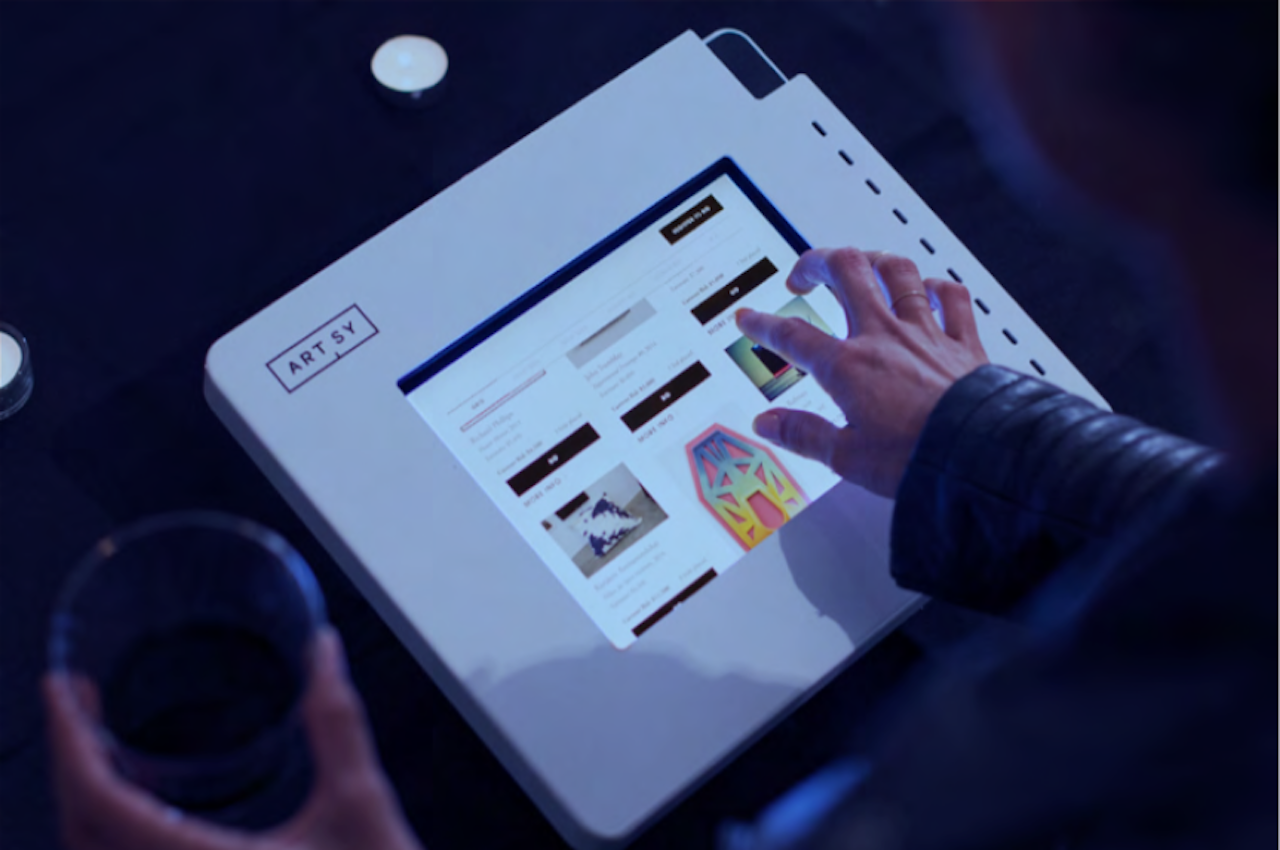 The web is ever more a key tool for the art market, communication and business strategies in the artistic and cultural industry.

Online art market sales reached $3.27 billion, up 24% in the last 12 months. Despite a decrease in global art auction sales in 2015, the online art market grew an estimated 24% last year, indicating that the lower end of the art market (until 10.000 $ or less) could be more resilient to a slowdown than works selling in the mid- to high-end price range. Based on this trajectory, we could expect the online art market to be worth $9.58 billion by 2020.

More than half of total online art sales are driven by rapidly growing online art and collectibles auction platforms such as 1stdibs, Auctionata and Paddle8, auction aggregators such as The-saleroom.com, LiveAuctioneers.com and Invaluable.com and also traditional auction houses such as Heritage Auction, Sotheby’s and Christie’s. Online sales generated by these companies account for an estimated 58% of the $3.27 billion online sales total. However, some opposition remains between the traditional contractual relationship offered by the galleries and online click-and-buy model, where there is often no interaction between the seller and the buyer.

At the same time though, 41% of galleries say they generate online sales through third-party marketplaces such as 1stdibs, Artsy, Artnet and Ocula and a further 26% said they planned to partner up with a third party e-commerce platform in the near future (up from 15% in 2013). However, 39% of galleries in the survey (down from 41% in 2013) indicated that they had no e-commerce strategy in place.

More people in 2016 acknowledged that social media in influenced their art purchases at 31%, up from 24% in 2015. This in influence remains particularly high in the new art buyer segment, where 38% of new collectors said that social media does impact their collecting habits and their decision on when and what to buy.
Facebook and Instagram remain the preferred social media platforms for art buyers over the past two years. Galleries are also rapidly adapting their marketing strategies to promote the gallery and its artists on these media. With 400 million monthly active users, Instagram has become the fastest growing mobile photo-sharing app in the world, and is increasingly used by artists, galleries, museums and auction houses. The reason for Instagram’s success lies in the nature of its visual content, with photos liked twice as much as text updates and videos shared 12 times more than links and text posts combined. No wonder the art world is jumping on this visual bandwagon.
However, Instagram is also becoming a revenue generating platform, especially since it’s possible to buy directly from the platform.

In 2016 the majority of the sector operators have recognized the importance of social networks both as a communication tool and as influencers for converting a lead into a customer. Museums, art fairs, artists, and not only are trying to exploit the phenomenon for their benefit.

Despite the positive results in 2016, Italy is always a few steps behind other countries for marketing strategies and online communications applied to the arts and culture industry. This “backwardness” is to be found in a lack of understanding of digital culture and its advantages, limited knowledge of the subject and a general lack of specialized professionals in public and private institutions that are able to apply digital transformation to the artistic and cultural world.