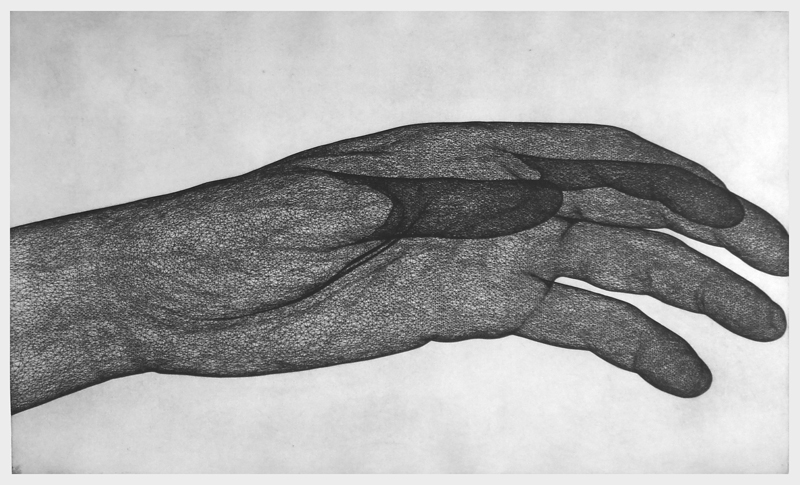 The gallery Eduardo Secci Contemporary is pleased to announce Richard Dupont’s first exhibition in Italy, a newyorker artist who has been carrying on for about 10 years innovative research in the arts, starting from 3D printing technics.

The body of the artist becomes the object to examine, scan, manipulate through special software and printers; the digital copies that result from this process are used as models for a wide range of works, starting with sculpture to engraving, from the installation to the drawing, and painting. A complex process during which materials and traditional technics such as plaster or castings of bronze alternate with materials and production technnics Extremely experimental like digital scanning, silicon, and melted polyurethane. In the great game of representing ourselves – writes Marco Bazzini – that has always accompanied our history, and that in the present has found a wide diffusion through social networks as a tendency to the only confession of what is evident, (…) Richard Dupont proposes a lateral step, just like is demanded to an artist. The detailed and deep analysis of his body, or of other anatomical fragments of it like hands, go beyond a mere research that aims for similarity with the subject to make it first of all a product that arises and lights imagination as well as memory. In his case it is the digital, liquid and easily manipulable through software, which since 2001, having obtained the complete scanning of his body at a American military base, is at the origin of all his path as the only matrix. (…)
With only one selfie, Dupont does not only create the representation of himself, but deploying different tracks, starting from himself, represents a possible cultural evolution that influences the sense of identity and of the self in our society.