Saverio Barbaro: the painter whose shadow is the traveler

“The painter whose shadow is the traveler” is the title of one of the “Stories in a dream” written by Yves Bonnefoy.

Having had a full experience of places, a painter will not travel, will not go from one country to another, unless a place in itself is in his heart. In evoking the poetics of the artist-traveler, the French poet speaks of the necessity of travel as a way to pass a “threshold” through which to return to the lost origin.
The biography of Saverio Barbaro is the life of a painter-traveller. Among the critical exegesis of his work, from “realist artist” as written by Raffaele De Grada, to the “last of the Orientalists” as written by Romanelli, the biography can identify the regulatory principles of an artistic path: a relationship between nature, landscape and man through light, a metaphor for the knowledge of the world, and time, set in the unit of measurement that is closest to the rhythm of nature.
Nature as rex estensa, “infinite space and abysmal”, as Pascal wrote, with which to compare the ability to know and communicate of man. The landscape, instead, emerges from a comparison of nature and history of civilization. The man, more primitive, in his essence closer to nature through which to tap into the spirit of our human condition and to measure the values of Western civilization. 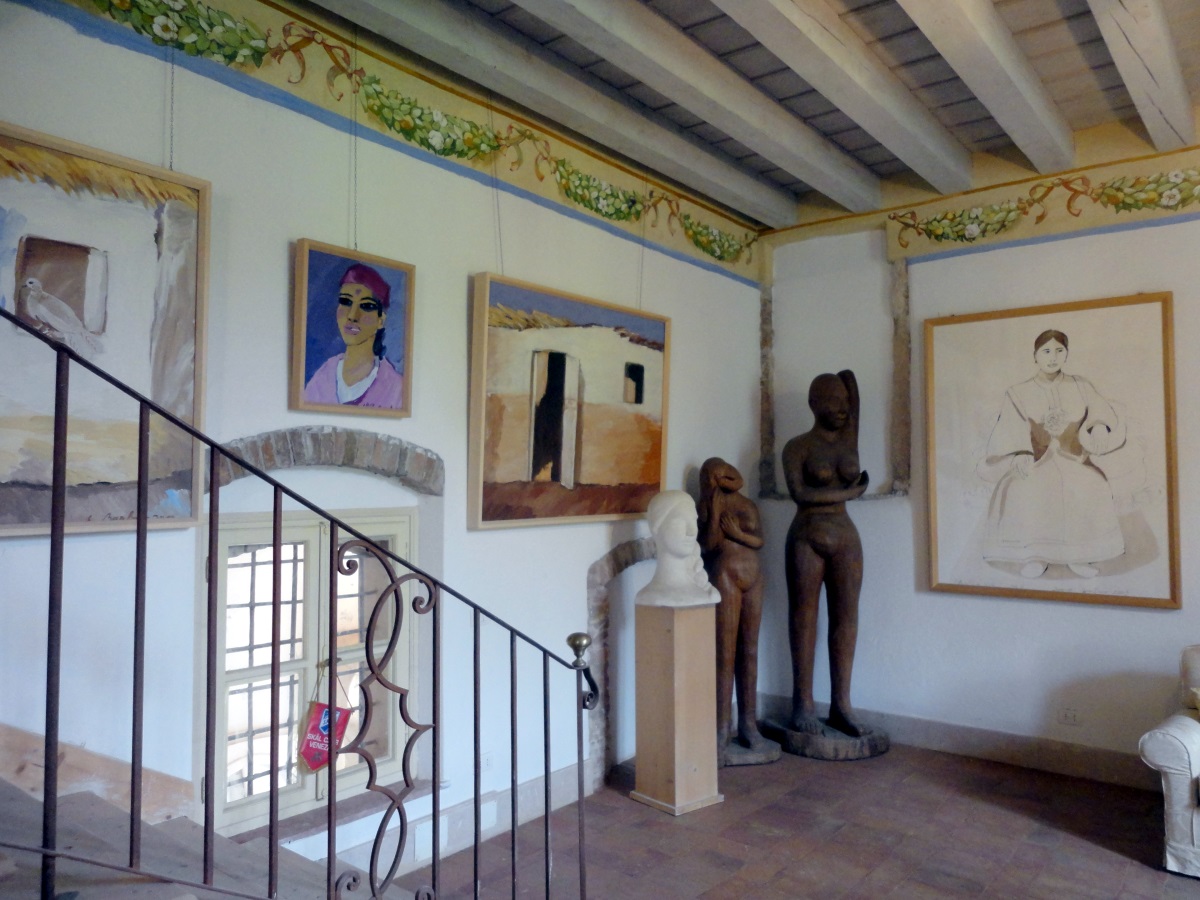 The sense of time of Barbaro, is the opposite of the trends of contemporary artistic language characterized by a spectacular form of mass media that becomes louder and louder, contrasting with the fundamental value of Greek art, the technè as craftsmanship, which assumes characters less and less current.
Saverio Barbaro, at ninety years old, is extremely polished and does not allow any compromise to the art of today. We met him in Verona, in his estate and in the spaces of the Foundation: we remembered the war years and the early reconstruction started in 1950, the year of his first participation at the Venice Biennale and of the victory of the Award Homer Soppelsa, which then was followed by the successful season in Paris, thanks to winning the price of a scholarship from the French government. The reading of Pierre Loti and Malreaux, the personal encounters with Matisse, Chagall, Dufy and Picasso brought Saverio Barbaro to approach the lands of French colonialism. These same lands that in the romantic era, fascinated Ingres, Delacroix and the Orientalists, the same lands that strongly influenced the European avant-garde in the first half of the twentieth century.
After the journey in Paris, for several years, the studio of Barbaro became the Midi of France, as it had been for Monet, Cezanne and for a brief juncture for Van Gogh, that Barbaro met a few years later in the Netherlands, together with the great light of Rembrandt and Van Eyck. Their lesson on the light for the Venetian artist is always “a light for the spirit, a light for the knowledge”. At the end of the ‘50’s Barbaro returned to the horizons of Mediterranean landscapes by travelling in Spain with visits in Granada, Madrid, Malaga and then Africa and Tunisia in 1964. From the realistic representations of the 50’s Barbaro recognized the social and cultural reality of the African land, happily represented in his works since the mid-60’s.

To the intense greens, blues and greys of the previous period, Barbaro replaced them with ochres and earth colors that evoke the infinite expanse of rocks and sand of the desert, always with the intention to communicate the truth of it, the truth of the sun and the wind, of the ghibli and the people who inhabit it , the delicacy and generosity of an age-old traditions community. Barbaro states: “ To go into the wilderness, to me means to “extract”, an abstraction, the essence of people who live in those lands; it means to understand the poetry and the history of those people that we know only superficially , because today we are duped by spots in painting, from the shout of those who sing, from the ramshackle of those who have not the skills of writing”.

Even if he has known the violence of war and poverty, Barbaro is able to paint a radiant humanity: painting Africa, is, for the artist, painting the life, the pain alternating with joy, the poverty with the pleasure of living. A pleasure that is conditioned by a sense of time that is quite the opposite of the western obsession of haste; it is the time of the poem, it is the rhythm of the passage of a dromedary. “Recovering the time to cultivate oneself”, recovering the time to read, watch, understand and confront ideas with each other: it is the advice that Barbaro gives to the generation of younger artists. His desire is that people will look at his work and say : “It has been a long time that he has been painting the East and the Middle East, thus representing its pain, love and beauty”. Like, when Van Gogh wrote to his brother Theo, with a movingly prayer to preserve his designs, because those designs would have paid him off, and actually it was so, leaving a great beauty to posterity.