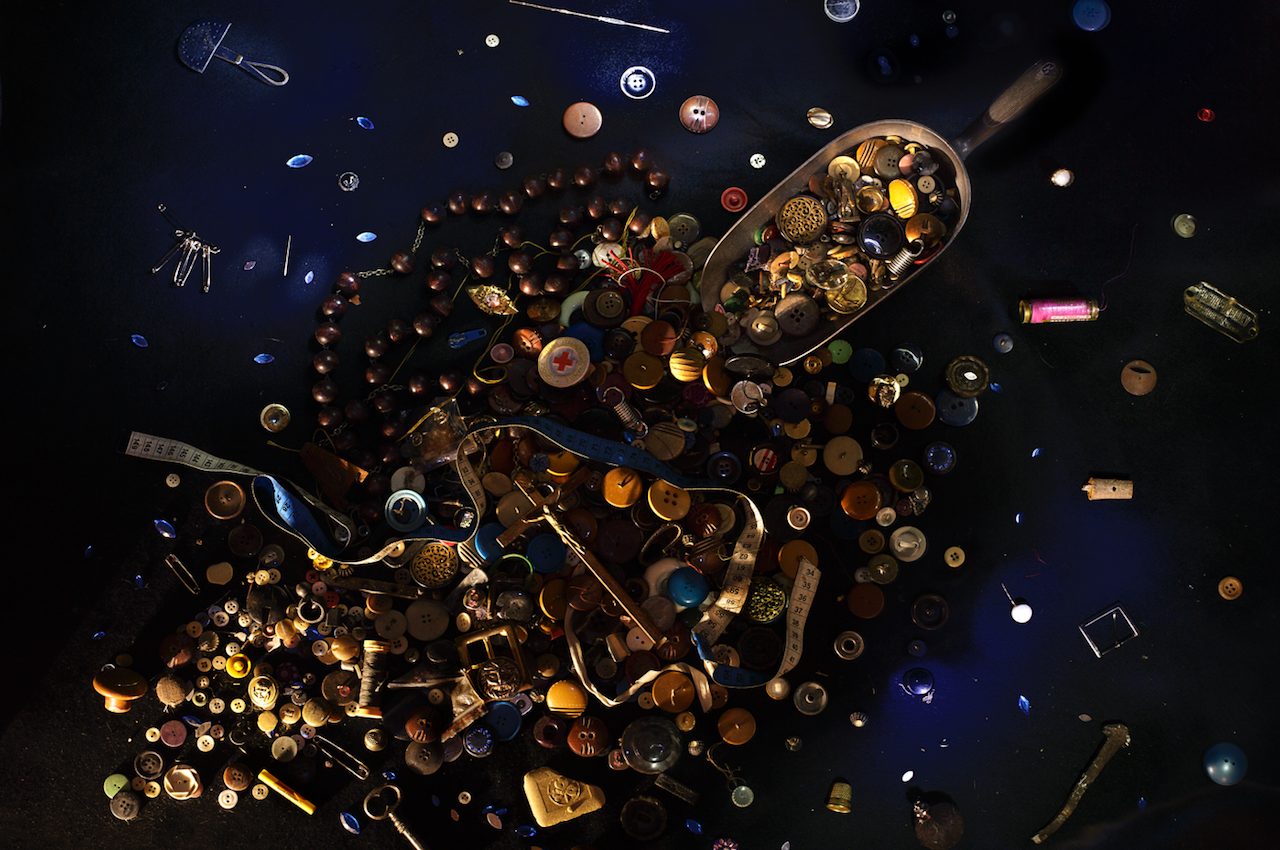 The photographic archive of crafts

The winner of the prize Autofocus for Photography at The Others 2015, Francesco Pergolesi, exhibits his photographic collection with its protagonist Arianna at the Project Space Autofocus – Vanni

Arianna is the fancy name of the owner of a shop in the center of Macerata but it’s  also the name of the exhibition, currently on view, at the Autofocus Space in ​​Turin. You can immerse yourself in an intimate vision, in a suggestive atmosphere through the installation created by Francesco Pergolesi, author of the Heroes project which includes Arianna, for the Project Space Autofocus – Vanni. In this space wrapped up by the dark but studded with little light-boxes you can delve and linger your gaze, through Fresnel lenses, on small objects as if to make the observer an integral and interacting part with the world described in Arianna by Pergolesi. A private, almost secret space, as a kind of small wunderkammer, where precious objects are collected, that require proper attention to be scrutinized and to enjoy their aesthetic and memorial value.

Pergolesi, through his images, traces the history of those who can be defined as contemporary heroes for their courage to carry on living in a world that has lost sight of those places where the crafts were handed down and the sociability was a necessary prerogative. Images describe this world now fading, of which the photographer is the interpreter and guardian of a collective memory that would, otherwise, disappear forever. That’s why the in-progress photo archive of Pergolesi becomes an indispensable tool for the community as tells  stories of everyday life of an Italy and its villages wealthy  of human stories.

The photography has always been placed at the service of the community, documenting and tracing the changes that the time brought to the cities and its inhabitants. Often during major urban renovations of the second half of 19th century photographers been used to capture, with their shots, city corners of which, otherwise, it wouldn’t have had more memory. It’s the case of Charles Marville who was commissioned to shot the old Paris or the Society for Photographing Old London.

In Pergolesi’s case everything happens spontaneously and poetically as if to document some street scenes but always with a melancholy charm that only a good picture  can evoke. Pergolesi, as an imager, creates his images rich in details and able to return to the viewer a story of the human qualities. So photos become fragments of life, lyrical expression of precious moments captured and kept in the artist’s archive that collects ancient crafts now obsolete, deprived of their capabilities but elected to aesthetic taste for an art capable of enhancing “fabulous endangered universes” described through images and more completely through the Heroes project. 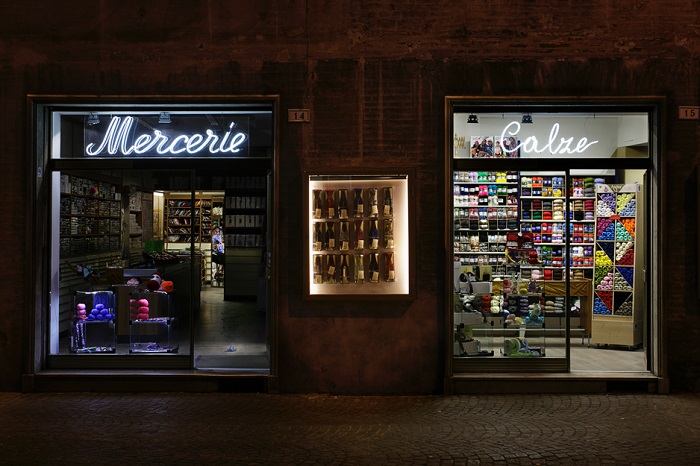 Valeria Ceregini: When and how your photography project Heroes born? Where does the need to archive through pictures crafts and workshops of a time that now seem part of the past comes from?

Francesco Pergolesi: Heroes is a photography project created in 2013 in the Italian region of Marche and it’s still proceeding in various parts of Italy and Europe. One day, during my many travels, a bit by chance a bit by instinct, I had the good fortune to run into a fascinating library containing collector’s items, art objects, small cardboard theaters and used novels. The candlelit atmosphere of lampshades, smells of printed and yellowed paper, the time that flowed according to other parameters than the “world out there”, immediately led me back to my childhood spent in the beautiful Spoleto. I remember that I loved spending time by the cobbler or into the grocery where “my grandmother Righetta” used to send me for  shopping. I grew up keeping the love for these places, where human relationships are still the center of life and of experience transmission. I realized that these precious universes were disappearing, swept away by a mysterious force: a “New Era” was coming.

V.C.: Your collection of shots is a demonstration of how the passage of time has affected the commercial life of each of the characters portrayed. Through your shots you immortalize fragments of time that make perennial every moment of the life of those who have been portrayed during their daily work. In this regard, how do you intend to return through Heroes the collective image of those who are the subjects of your narrative project?

Francesco Pergolesi: I think that in the first sentence that I wrote to introduce the project Heroes, are condensed all the poetry and the sense of this work:“Keepers of temples of a small world in evanescence, they defend with courage and fervent passion the space for meeting, exchange and relations, embedded in modest frames gnawed by time.”

V.C.: Your photo archive is constantly changing as the Heroes project is still in progress. What drives you to continue to shoot, search for and collect the ephemeral realities that you portray?

Francesco Pergolesi: Every shot is the result of a lightning strike resulted from a chance encounter then fed, in time, from conversations, memories and shared passions. That’s the real driving force of my work and the interpretation of the wonderful worlds that I depict.

V.C.: The composition of your images presumes a posing of the subject and, above all, a strong attention on the chromatic detail. Which photographic equipment do you use to create your images?

Francesco Pergolesi: I do not consider myself a photographer in the traditional sense, I am more interested in the construction and the direction of the scene as well as in the relationship that is built with each new reality. Therefore, in my work I make use of a variety of shooting tools, from small to large format, based on the image type to be created and the logistics that varies considerably from place to place.

V.C.: In the history of photography other photographers, especially  from the 19th century as witnesses of an epochal social change, have ventured into the urban photography as observers of a world in flux. As John Thomson and his Street Life in London (1877) and the French Jean-Auguste-Eugène Atget who photographed the face of Paris in all the aspects. Where do you stand yourself respect to these photographers and their works?

Francesco Pergolesi: I appreciate the photographers you mentioned and the historical and social value that distinguishes their work. In my research, the documentary contribution is closely linked to an additional layer of interpretation. Each work is a unique project, the result of an immediate intuition which is then deepened in details, a dotted map of clues and quotes that are interwoven with reality. Finctional titles, of my invention, the many small details carefully placed in the scene, conceal and reveal at the same time the path to go into an other World.