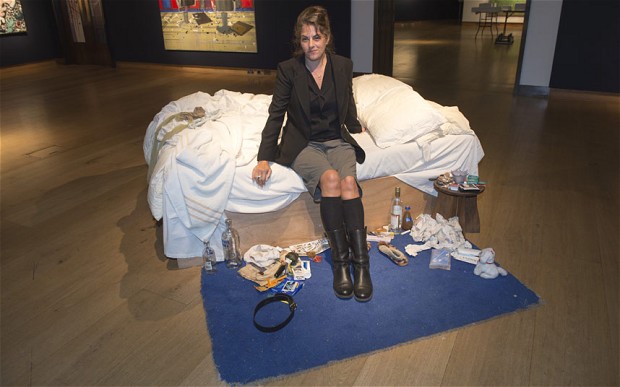 During the press conference Tracy seemed to almost express a remorse for the works estimated multi million pound auction stating, “If I could have bought it to give to the Tate, I would”. 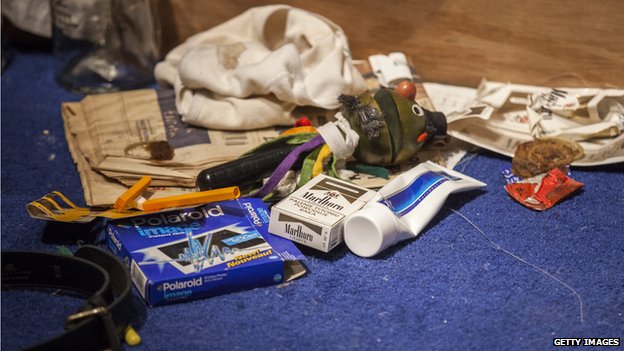 My Bed featured in Emin’s Turner Prize exhibition in 1999, shook up the art world in the 1990s. It went on the hammer this week (2nd of July), with an estimated price of 800,000 pounds to 1.2 million pounds. The work is being sold by collector Charles Saatchi, who was an instrument in promoting the careers of Tracey Emin, Damien Hirst and other “Young British Artists.” They were famous for their unorthodox approach and the use of nontraditional materials, from Hirst’s sharks to Emin’s assemblages.
The adventurous art collectors with deep pockets who had the chance to buy British artist Tracey Emin’s “My Bed,” was Jay Joplin, founder of the White Cube Gallery, complete with dishevelled sheets, two empty vodka bottles, aspirin, tampons, plasters, cigarette butts and discarded condoms. My Bed was made in 1998 as a snapshot of Emin’s life after a traumatic break-up when she was suffering with a broken heart. This artwork is a desperately romantic portrait of the artist as a bohemian outlaw but also a self-portrait of her tumultuous life through objects. She has personally set up My Bed at Christie’s and she intimately revisited every detail of it. In this cathartic process to reassemble, Emin reveals again the evidence of her life but it is also arranged in a spectacular way.
Emin was there, at Christie’s post war and contemporary art auction today, to speak for her bed even though she will not get a penny for its auction. Tracey Emin appears to really care about this sale and she stands by the assertion that it’s not about the money for her. She has said she would love for her famous bed artwork to stay in Britain on public display but fears no public gallery here can afford it not even the Tate.
Christie’s contemporary art specialist Francis Outred said the bed was among the most important British 20th-century artworks because it “transformed the way the general public engage with contemporary art.”
When it was first exhibited in the Turner Prize exhibition of 1998, the bed provoked both ovation and disgust; today it is still viewed with mixed reaction but on the whole it is perceived largely in accordance to what Emin describes it as: “A self-portrait from 1998. It’s like a ghost: there’s the presence of someone but they’re just not there anymore.”